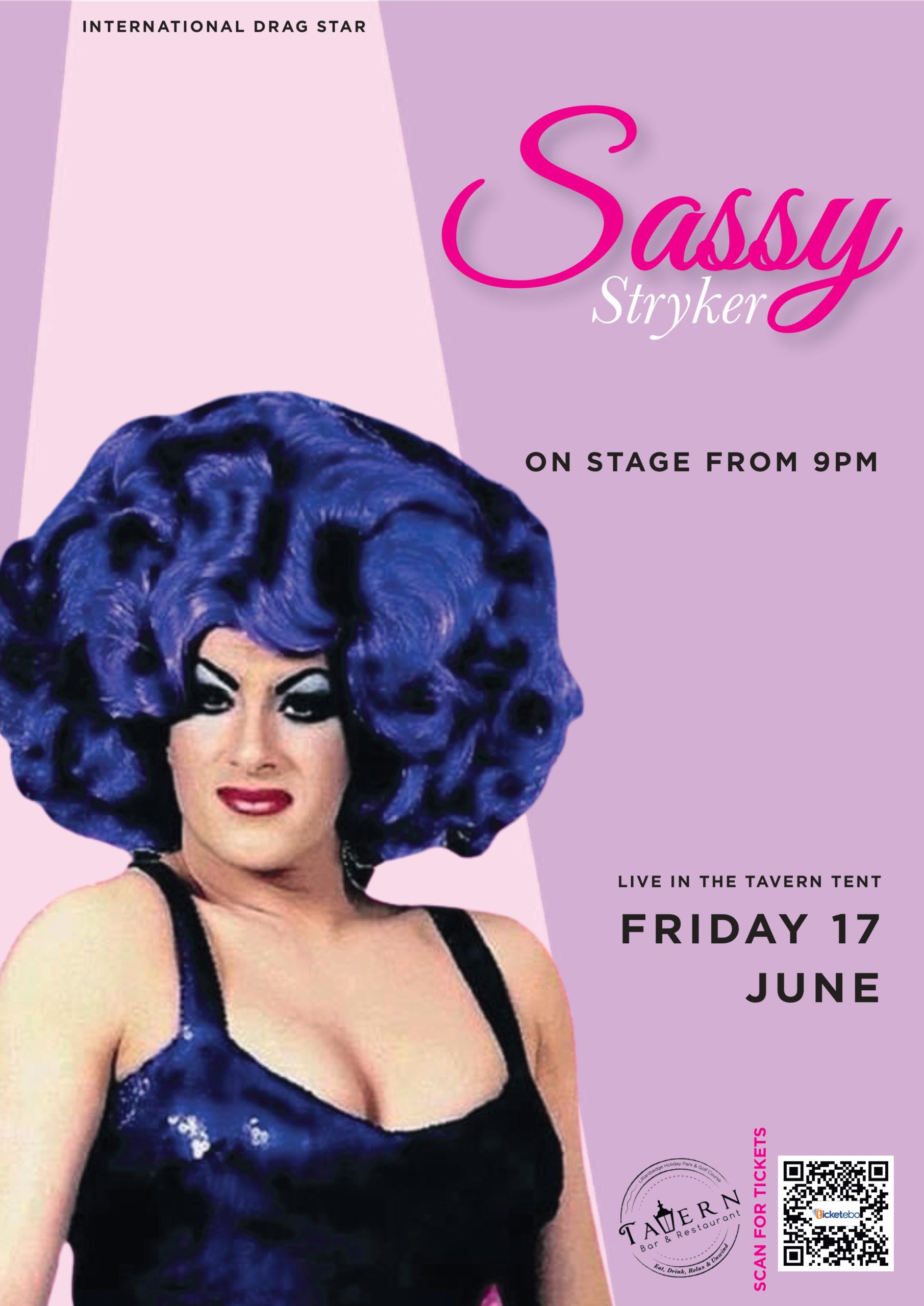 RETURNING to Lilliardsedge this June!

Join the one and only Sassy Striker for a night of Raucous Comedy at Lilliardsedge!
Sassy has been performing her live comedy show all over the world With 3500 shows predominantly in the UK but also in Bangkok, New York, Sydney, Can Canaria, Palma de Mallorca, Denmark and Ireland.
Now based in the UK, she has created a brand new show featuring a whole array of hilarious characters! A fast paced mixture of singing, mime and live comedy with audience participation.
Our DJ will play before and after the event.
Please note this is an 18+ Event only
Book your tickets now